Reach local customers who are looking for the personal touch that only a local business can give. 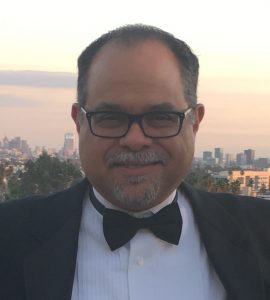 Peter Glück is a an expert software and systems engineer with over three decades of engineering experience. During his nearly 24-year tenure at NASA’s Jet Propulsion Laboratory in Pasadena, California, Peter worked on many successful planetary missions including the Spitzer Space Telescope, Mars Reconnaissance Orbiter, Deep Space One, Cassini, Topex/Poseidon, and Magellan. Most notably, Peter led the overall software development on the highly successful Phoenix Mars Lander project, which landed on the planet Mars in 2008.

More recently, Peter has served as Manager of Software Engineering at The Walt Disney Company where his team developed and maintained the DisneyNOW and StarWars apps used by millions of consumers.

Peter has also contracted with numerous software and technology companies on software development and implementation projects since 2002.  He has received group and individual achievement awards from several aerospace organizations such as NASA, AIAA and JPL, and he is an accomplished public speaker and published author on software-related topics.

Peter has a B.S. in Mathematics from the California State University, Northridge and an M.S. in Aerospace Engineering from the University of Southern California. He lives in the Los Angeles area.